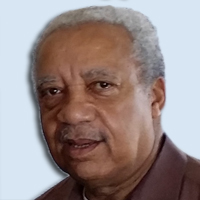 Christopher Robert Reed is Professor Emeritus of History at Roosevelt University, a Roosevelt alumnus, and a native Chicagoan who has matched scholarly interest and civic commitment. His research interests include Chicago history, nineteenth and twentieth century Black Chicago history, U.S. Civil War history, and urban politics. His scholarship includes numerous essays and books. He is the nation's leading expert and author of six books on the early history of African Americans in Chicago:

Along with research and writing, he serves as general secretary of the Black Chicago History Forum. He earned his B.A. and M.A. in history at Roosevelt University in 1963 and 1968 respectively and his Ph.D. from Kent State University in 1982.